Womentum Pays it Forward to Help Women around the World 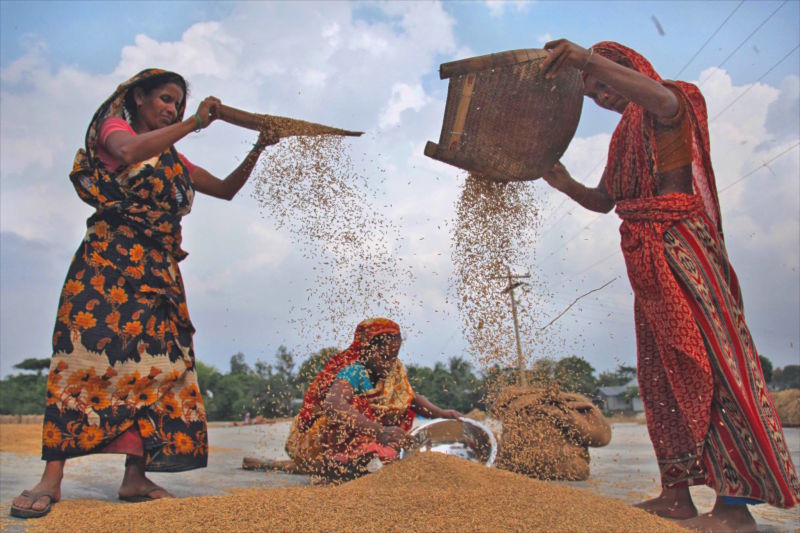 Prabha Dublish is the co-founder of Womentum, a non-profit organization that crowdfunds donations to help women in developing countries start their own businesses. Prabha got the idea for Womentum after a trip to Delhi, India, in summer 2015. Womentum launched in April 2016 and has since funded women entrepreneurs in India, Uganda, Ecuador, and Colombia.

What sets Womentum apart from other microlending organizations?

Womentum’s secret sauce is our pay-it-forward model. This means that all the money that we raise on our platform is a donation, not a loan like other organizations. Then when the women entrepreneurs turn a profit, they then pay it forward and give money to someone else in their community to start a business. Our goal is build communities of women supporting women.

Why do you think your model is effective?

I believe this model is most effective because I witnessed this happening informally in rural villages in India. The women in the communities were more than willing to give money to others in their community to help them start businesses because they believed in the power of entrepreneurship. Our nonprofit is just formalizing that process and allowing the donor to see their impact grow over time through our pay-it-forward model.

How many women has Womentum helped?

So far, we have supported eight women entrepreneurs from both India and Uganda. We are looking forward to increasing that number this year!

Which of Womentum’s successes are you most proud of so far?

I’m most proud of funding our first women entrepreneur, Prossy, an artisan who was hoping to raise enough money from her crafts to own a beauty salon and provide a better life for her children. We were able to fund Prossy in less than eight hours, which has been our fastest funding time. The outpouring of support and kind words we received was just phenomenal, and it was a great way to launch Womentum. It really made the entire team feel that this was an incredible idea that’s changing lives.

What’s it like running an organization while still in college?*

I think like any decision there are pros and cons. Starting Womentum has been the most fulfilling life experience I’ve had up until this point. I’ve not only learned so much but I have been able to have a real impact in the lives of many women entrepreneurs.

But at the same time, it’s very difficult balancing school work with the work of running a growing nonprofit. I also find myself questioning my ability to run an organization like this when so many others in this space are much older than me. But, ultimately, I don’t regret one second of it. No matter what happens, we are helping people in a meaningful way, and I can’t wait to see where we go from here.

* At the time of the interview Prabha was a junior at Babson College.

I really believe that in today’s world, women empowerment is a critical issue. With everything we are hearing in the news and the events happening around the world, it’s clear that women’s rights are at stake in many ways. That’s why I believe so much in Womentum.