May: Celebration and Exploration 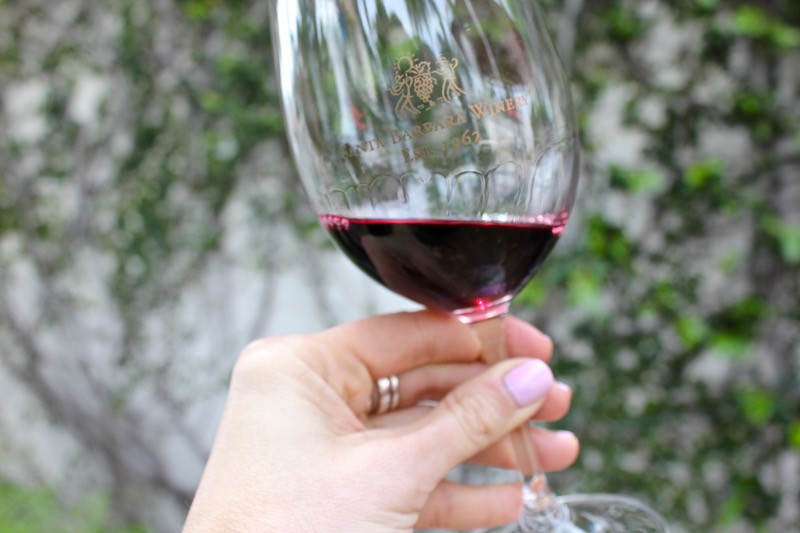 After a relatively quiet March and April, which I mostly spent at home in Boston – except for a staycation at enVision Hotel Boston Everett – I was on the go throughout my birthday month of May.

I got my birthday celebrations off to a strong start by attending “Wine Extravaganza,” which was hosted by Wines of Portugal at Boston’s Cyclorama. The event started with a tasting class led by Wine Master Sandy Block and Eugenio Jardim, Wines of Portugal U.S. Ambassador. It was fascinating, and I even managed to retain some of what I learned despite having 10 tasting glasses. We then were able to visit with the individual wineries. There were about 30 there mostly small, family operations that were looking for distributors in the U.S. And, of course, they generously offered samples of their wines.

Things got a little fuzzy after a while, so I made my way over to YOTEL Boston to meet up with my friends for the main festivities. Last year I rang in my 40th birthday at sea on the Nomad Cruise, so this year I wanted to be on land and surrounded by friends. I had first visited YOTEL Boston’s Sky Lounge to watch the Winter Olympics Opening Ceremony in February. Its views of Boston’s skyline are among the best in the city, so I knew that’s where I wanted to ring in 41.

The weather was unseasonably chilly, but we still managed to spend the entire evening on the terrace. Our table was treated to a bottle of champagne and a bottle of rosé, which we sipped while chowing down on small plates including the tomato jam jar, all seasons flatbread and bavarian pretzel. From the attentive service to the good company and stunning sunset, the evening was perfect. However, given that I’m not in my 20s – or even 30s! – anymore it took me the entire weekend to recover.

I rang in my actual birthday with my friends Beth and Karen in Los Olivos, California, which is north of Santa Barbara. We met each other in our mid 20s while living in Washington, D.C., and although Beth and I have since relocated, we all still get together every year for a weekend trip (So far, I believe we’ve met up in Boston; Philadelphia, Pennsylvania; and D.C. – where we each live – as well as Puerto Rico, Santa Fe, New Mexico; and Asheville, North Carolina.)

Karen and I arrived in Santa Barbara the night before (Beth was already there for work), so that day, we were up and out early for coffee at the popular Handlebar Coffee Roasters (well, I had a turmeric latte) followed by breakfast burritos at Dawn Patrol. The burritos provided good fuel for a long day of sampling wines at the various tasting rooms in town. That afternoon we made the drive up to wine country to check into our rental home, and topped off the day with a lovely dinner at SY Kitchen in Santa Ynez (where the bartender was kind enough to make me a margarita on the house).

I kicked off the month north of the border in Quebec City with 400+ of my closest female friends. We all gathered there for the fifth Women in Travel Summit (WITS), which was held at the extraordinary The Fairmont Le Château Frontenac. It was my fourth time attending – and, as always, it was a positive and supportive experience. Not only was there workshops and networking, we got to enjoy a raucous party that included table after table of food, an energetic live band, shot skis, and Bonhomme, the Winter Carnival mascot who enthusiastically pelted “snowballs” at the crowd.

And, Quebec Region, the gracious hosts that they are, treated us to tours in and around the area before and after the conference. I had previously spent a weekend in Quebec City, but there’s still plenty I hadn’t seen, so I opted for two unique experiences. My first afternoon in town, I explored Île d’Orléans, a small island in the St. Lawrence River that is home to farms, dairies, vineyards, and various food shops, and got to sample a variety of local snacks and wine. The following morning, I spent a peaceful few hours at Le Monastère des Augustines, which has been home to the Augustinian Sisters for nearly 400 years. Today it’s a health and wellness center, and I got to enjoy mindfulness session as well a hearty vegan lunch.

Following my time in wine country, I drove to the upscale city of Newport Beach – I knew I couldn’t leave California without getting a glimpse of the ocean. I was generously hosted for two nights at the resort-like Hyatt Regency Newport Beach, a sprawling property set on nearly 30 perfectly landscaped acres.

I only had one full day to explore the area, but Visit Newport Beach was nice enough to make sure I made the most of it. Veronica, of Visit Newport Beach, was my personal guide and chauffeur for the day. We started out with brunch at Crystal Cove at the 50s-themed Beachcomber Cafe, then took a spin around Newport Harbor on an electric Duffy boat and ended with appetizers and drinks at LIDO Bottle Works, a restaurant that focuses on serving locally sourced and sustainable ingredients.

One of the best parts of blogging has been that it’s encouraged me to step out of my routine, and see and do things for the first time that I might have previously overlooked. I grew up in a small town in northwest New Jersey, and my parents still live there (in the same house), so I visit frequently. However, until a December trip to the Jersey Shore, I hadn’t done any sightseeing in my home state since school field trips many years ago. Thanks to Visit Somerset NJ, I got to spend an afternoon last week seeing a few highlights of beautiful Somerset County, the “heart of New Jersey.”

I started off with a visit to the beautiful Duke Farms – 1,000 acres of preserved land, which can be explored on foot, by bike and through a variety of programs for all ages. Once again, I had a lovely personal guide and chauffeur; however, this time, her name was Nora, and she drove a golf cart. Then I drove to Sky Acres Winery, a one-of-a-kind waterless winery, where I spent a fascinating hour or so drinking with and learning from Meera and Vijay Singh, the engaging couple who own and operate the winery and live on the 50-acre property.

After my solo adventures, I met up with my parents in downtown Somerville for dinner at Café Picasso. It had a warm, family atmosphere – it’s definitely a place where “everybody knows your name” – and our meals managed to impress my Italian mother. The portions were so huge that we got to enjoy the meal all over again for lunch the next day.

I’m gearing up to head to “vacationland” – the beautiful state of Maine – on Wednesday for a week of eating, drinking, relaxing, and sightseeing. I’ll spend the first night in Portland at The Francis, which just opened this past fall, then I’ll drive up the coast to Rockland. There I’ll board a historic windjammer, the Schooner J.& E. Riggin, to sail around Penobscot Bay for three days. The theme of the tour is “lobsters and lighthouses,” so I’m sure I’ll be taking in plenty of both while napping and reading in between – I’ll be totally off the grid, and I’m greatly looking forward to the digital detox! After getting off the boat, I’ll get reacquainted with civilization at 250 Main, Rockland’s newest hotel.