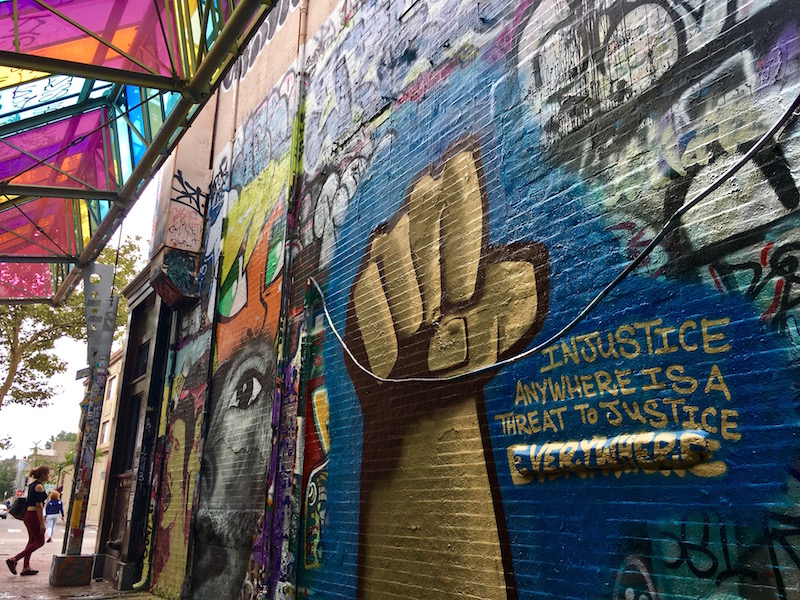 After all of the travel I did during the spring and early summer, I needed to settle down for a while. And I needed to make some money. So I spent most of August and September “at home’ in Somerville (“at home” is in quotes because my condo is still rented out, and I’ve been staying at a friend’s apartment). I worked hard, but I also tried to got some sleep, go to the gym and eat some good, fresh food to counteract all of the stress I put my body through over the previous few months. I did still squeeze in some fun, though. Here were the highlights:

To this day, my all-time favorite concert memory was seeing Lyle Lovett and His Large Band play at Red Rocks Amphitheater when I was living in Colorado. So I jumped at the opportunity to see them again in August when my friend suggested it. They were playing as part of the Lowell Summer Music Series, which brings some of my favorite bands to Lowell, Mass., every summer to play at Boarding House Park, a unique outdoor venue. The show was packed, so we perched on statues in the back of the crowd. Amusingly, this show was almost identical to the last one I saw nearly 15 years ago. I guess if it’s not broke…?

Since I’ve been traveling so much this year, I haven’t been able to do much in my own city. So on one sunny Saturday in August, I decided to head to Boston’s South End for SoWa Open Market, the city’s “largest celebration of local artists, farmers, chefs, brewers, and musicians” and one of my favorite weekend spots. The best part of day was reuniting with a former travel buddy, Ashley, whom I had met about two years ago at a hostel in Peru. She’s now living in Boston for graduate school, and we were able to catch up over some fish tacos and beers.

My only trip during the past two months was to Lake Placid, New York, for a two-night stay at the Golden Arrow Lakeside Resort, a lovely eco-lodge that sits right on Mirror Lake. Unfortunately it poured during two of the three days I spent there, so I couldn’t take advantage of all of the outdoor activities that the hotel and the area have to offer. But I enjoyed my cozy room and the views from my deck, and I did get to squeeze in a quick spin around the lake in the kayak at sunset.

I’m a huge adrenaline junkie, so the first stop on my tour of Lake Placid was the Olympic Sports Complex. For 45 seconds I got to fly down the bobsled track used for the 1932 and 1980 Olympics. It wasn’t cheap, but since it was a once-in-a-lifetime experience, it was worth every penny!

Getting back on Thompson Island

I always love having an excuse to get out to Thompson Island, which sits about a mile from downtown Boston in the Boston Harbor Islands. The island is home to the Outward Bound Education Center, one of my PR clients. The organization does some amazing work with Boston-area students, bringing them to the island for hands-on science and Outward Bound adventures. It’s such a peaceful place, and the views can’t be beat!

With all of my travels, I haven’t been home to cheer on Boston sports teams in a while. It took an invitation to a yoga class at Fenway Park to get me out to a game this season. I honestly can’t remember if the Red Sox won or not, but I do know it was a very cool experience. As a fundraiser for the Red Sox Foundation, a few hundred yogis got to take a Core Yoga class on the field following the game – I was right in front of the dugout, so my mat was surrounded by chewed up sunflower seeds and bubble gum.

Going to my first movie premiere

I’ve never lived in L.A. or N.Y., and my work is pretty far removed from the entertainment industry. So it took me until September to attend a movie premiere (technically it was the “first public screening”). The movie was Gemini, starring Zoe Kravitz, and was the event was part of the Autograph Collection Hotels’ Indie Film Project, which “celebrates the art of storytelling and the trailblazers in the industry.” We first gathered at Boston’s Envoy Hotel for cocktails and snacks, and then we were bused to the Artists for Humanity venue, where we got to settle into big chairs and enjoy the film.

Raising a pint at Oktoberfest

Despite being located in a traditionally Irish neighborhood, Dorchester Brewing Company had a pretty solid Oktoberfest gathering in September, complete with pretzels and a traditional German band. I’m a little embarrassed to admit, though, that my drink of choice that day was the pink lemonade IPA.

It’s no surprise that when bloggers get together we like to take pictures. In August, I met up with Cha, a New Yorker and fellow Syracuse University grad whom I met at the first Women in Travel Summit (WITS) I attended. She was in town for work, and I took her to Graffiti Alley in Cambridge before she caught her train home. In September, I then spent a sunny Saturday exploring Worcester with Kelly, another WITS friend. Worcester recently installed 25 new murals as part of POW! WOW! Worcester celebration.

This weekend I’ll be meeting up with college friends in Hudson County, New York. Then mid-month I’ll be heading south for a whirlwind trip to Charleston, Savannah and Jekyll Island, Georgia, where I’ll be a guest at the Holiday Inn Resort Jekyll Island. I’ll also be moving back into my condo, where I haven’t been for six+ months!

Filed Under: Monthly Roundup
July: Appreciating the Comforts of Home
October: Back Home but Not for Long