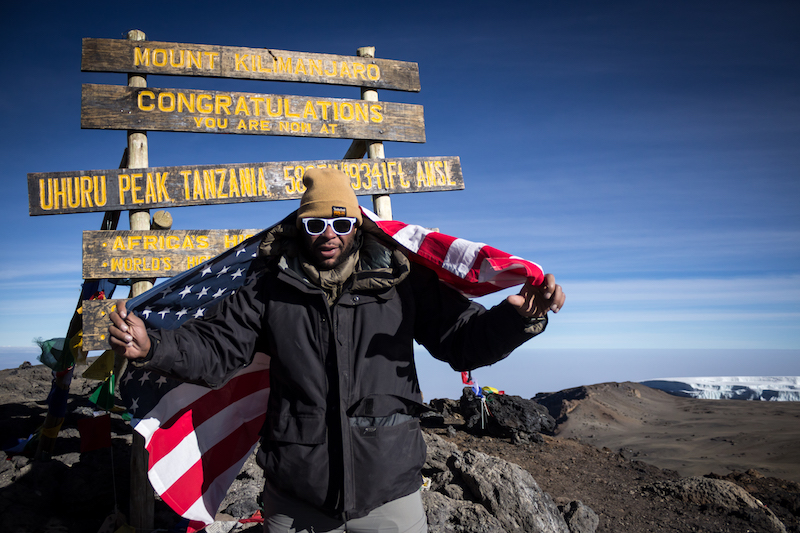 I met Edward Young during a Travel Massive event in Manila during TBEX Asia and found his story to be fascinating. Hailing from a small city in the midwest U.S., Edward is now based in the Middle East for work and has traveled to nearly 50 countries. He shares inspirational and motivational posts on travel, health and life on his blog, Reborn Stronger.

During my first major international trip (to Egypt), at the tender age of 18, I realized that travel would forever be a part of me. After returning home, I bought a special “Seven Wonders of the World” edition of LIFE magazine and made a promise to myself that no longer would I see the world from the pages of books and magazines…but instead with my very own two eyes.

My mother had a dream to see the world. That dream; however, was cut short by her untimely death that came during my late teenage years. Although I often travel solo, no trip is ever truly taken alone. I am inspired to travel by my mother’s love, and I carry her memory along to each new destination I visit.

What are some of your first travel memories?

Two words – ROAD TRIPS! My first travel memories are the annual summer vacations my family would take. Whether heading down south or out west, we would usually depart in the early morning hours in an effort to avoid traffic and to get a good start, and continue to drive through the night. Those domestic trips opened my eyes to life beyond the midwest, which planted the early seeds of my desire to see the world.

My most significant travel memory would be the trip to Egypt I mentioned earlier. That trip came just before the big smartphone boom and at a time when no one carried around digital cameras. I took along a couple of disposable cameras and, even though most of my pictures came out blurry, the memories of that trip remain clear to this day. Staring at the pyramids, live and in-person, made me realize just how small the world really is and opened up my mind to the possibility that no location would ever be beyond reach.

“You’re going where?” “Be careful!” “Be safe over there?” “Don’t eat the food!” Everyone seems to be a travel expert these days. A Google search here, a Google search there, and friends and family (many of whom have never left the country) are suddenly my biggest advisors. They think that every location is dangerous, international travel is only for the wealthy, and/or that you can’t balance family-life/work with travel.

Prioritize! Traveling is not hard to do if you simply commit to a plan and follow through with it. Even if you have to start small by taking local trips near your city or within your state…do it! Light the fire to travel, bit by bit, until you build up to becoming the traveler you envision yourself to be.

Is there anything else you’d like us to know?

If this small-town kid from Gary, Indiana, can go global…then anyone can! Don’t listen to the naysayers or doubters or people who fill your head with negative reasons as to why you shouldn’t explore the world. Just get out and do it!

As I type this, I’m just finishing up a trip back home (Indiana) and in less than 24 hours I’ll be in Copenhagen, Denmark.

Banner Image: Edward on the summit of Mount Kilimanjaro in September 2016