Jobs That Let You See the World: Tour Guide 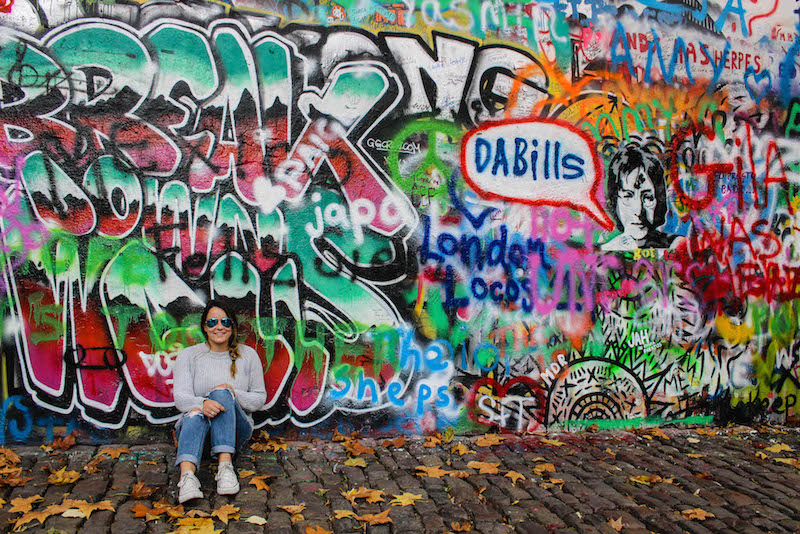 Since my current job keeps me pretty rooted in one place, I recently interviewed a series of professionals in diverse careers whose jobs let them earn a living and see the world at the same time — the goal is to provide some information and inspiration to all the cubicle dwellers out there who are feeling restless.

Last week Miles told us what it was like to work in the home office of a luxury tour operator, and this week, Taylor shares what it’s like to work on the ground as a tour guide for a student travel agency. She shares her travels and more on her blog, Travel Colorfully.

What motivated you to pursue this job?

I was feeling very, very unsatisfied with my life at home. I knew I had to do something about it. I feel like that’s how it usually goes… If you’re unhappy with something, change it. My friend had been speaking to me about how he was going to leave his job in Italy, and it was mine if I wanted it – it literally couldn’t have happened at a better time.

I met the friend that had been working at FlorenceForFun when I was studying abroad about three years earlier. We met at Oktoberfest, where he actually witnessed a man projectile vomit all over my back. We ended up keeping in touch, and he always thought it was cool how I handled the situation, so he spoke to his boss about it and told her that if I could handle that, I could handle a bunch of crazy college kids. It’s crazy to think that being thrown up on by a man wearing Lederhosen and a moose hat could change my life!

What are the perks of this job?

The greatest part about working at a student travel company was the opportunity to travel all over Europe for free. Most people don’t get to go on all-expenses-paid weekend trips to Croatia, the Amalfi Coast or Oktoberfest. I also got to meet a ton of amazing people. I acquired a new family in the people I lived and worked with, as well as the students who traveled with us.

What are some of the challenges?

The hours were long, the pay was terrible, and I had to live in an apartment with seven other people. Would I change anything? Absolutely not – the whole experience changed me as a person. I grew so much during my 10 months working and living in Florence, and the job gave me the travel bug (and I hope it never goes away).

Do you have any advice for others considering this job?

There are several student travel companies in Europe, especially in Florence. If you want to do this job, you have to be able to take a lot of crap from people. You HAVE to work very hard. You are expendable in this business if you don’t deliver because there are thousands of people that would kill to do your job! You will often feel like you’re harassing people and spamming their Facebook inboxes to make a sale. You might feel creepy while handing out flyers to students walking to class. You may think that all of the hours you spend in the office pushing trips to people are for nothing, but it’s literally the best thing I’ve ever done in my entire life. I worked very hard at my job, leaving me with the highest sales, which translated into me traveling more. The more you sell, the more you see the world around you!

What’s one lesson that you’ve learned in all of your work-related travels?

Mark Manson said, “Everything sucks some of the time,” and you know what? He was absolutely right. You have to take some bad to get the good in life.

Maybe I didn’t love my living situation, but I ended up with a family of people who I will now be friends with for life. Maybe I wasn’t a huge fan of walking up to strangers in the street or at a bar to try and sell them a trip, but by doing that, I was able to travel to some pretty incredible places.

Banner image: Taylor at the John Lennon Wall in Prague, striking a pose for the FlorenceForFun Facebook page

2 thoughts on “Jobs That Let You See the World: Tour Guide”